I’m encountering an issue across multiple decks, no matter if I made them, if they were imported, or if they come from the community, the synonyms do not save. They will be cached during a study session, in the quiz following a new card, or during reviews, but once the study/quiz/reviews are finished, it’s like it disappears, and reopening it in a quick study session or just waiting for the next review confirms that the synonym isn’t saved.

I’ve made sure I’m pressing enter after typing a synonym, and clicking “Save” at the bottom of the menu, and the pencil icon even turns green afterwards, but nothing is retained. I can even confirm that the synonyms are entered correctly because if I enter an answer that is incorrect, then use the editor to add a synonym, then wait for the card to cycle through again (as opposed to hitting “ignore” and then typing in my new answer), it will accept the new synonym. However, if I then take the same exact card and put it through quick study, or wait for its review to come up again at a later time, the synonym is no longer there.

In case this is relevant, it’s with Google Chrome, no browser extensions added.

Synonyms are saved per layout. So synonyms you save for Japanese -> Reading (for example) will not show up for Japanese -> Meaning. Could you check if this could be the issue?

Otherwise I’d love to check it out. Do you perhaps have a card that you remember adding a synonym to? I can check it in the database ^^

Sorry for the inconvenience!

No problem! I don’t think this is the issue, since one of the decks I tested it on has only one layout. An example here would be the Katakana deck from the community, made by warrington. The card I tested was ア, and the synonym I named “aaaa” (x4) as my test. If you need a card from one of my own decks, let me know.

Edit: I don’t think I replied to you properly; it’s been a while since I’ve gone on the forums. If you’ve already seen this, pardon the ping. @Neicudi

Hiya, sorry for the late reply. I’ve checked the database and you had no progress document associated with that card (or deck in general). The progress document is also where your synonyms are saved, so it’s weird that it did not create one when you added the synonym.

To try it out, I checked your account and created a synonym for that specific card and it seems to work well, so I’m not exactly sure what’s going on here

Which OS/Device do you use?

If you have knowledge of how to check the console, could you perhaps check the logs after you save the synonym (while having the console open beforehand)? It should show the result of the api call in there like this: 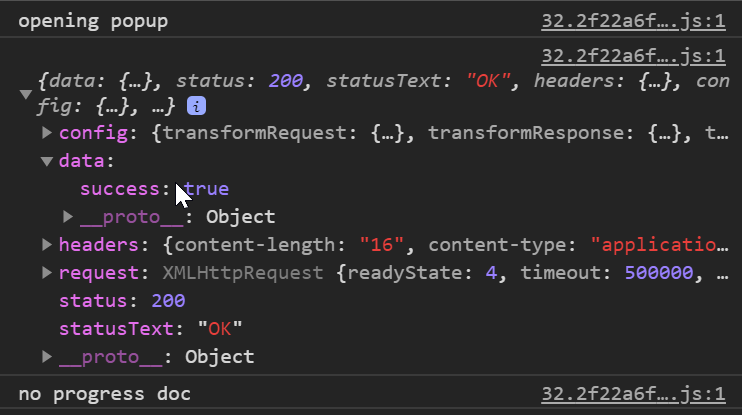 Just to keep it “clean” I tried it with オ in the same deck. The synonym was “oooo”

Making a synonym in a lesson: 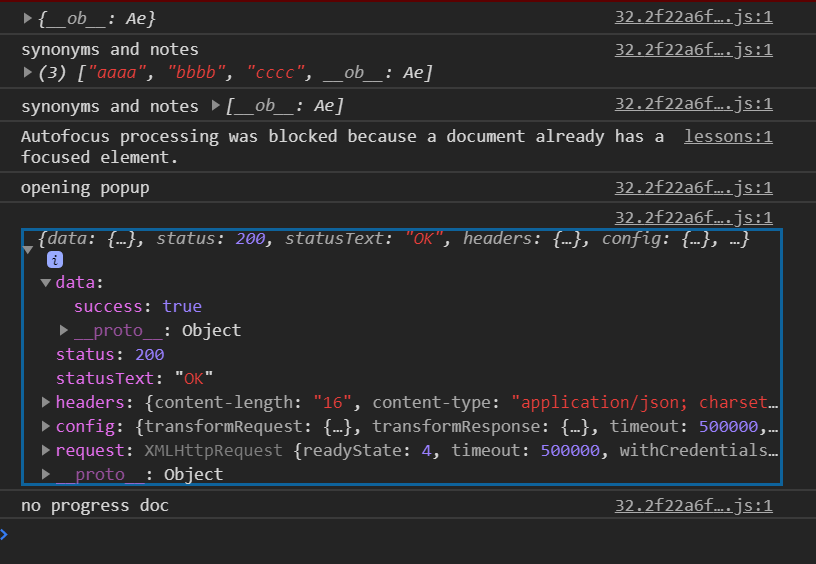 The quiz following a lesson:

Starting a quick study with the same card that I just made a synonym for: 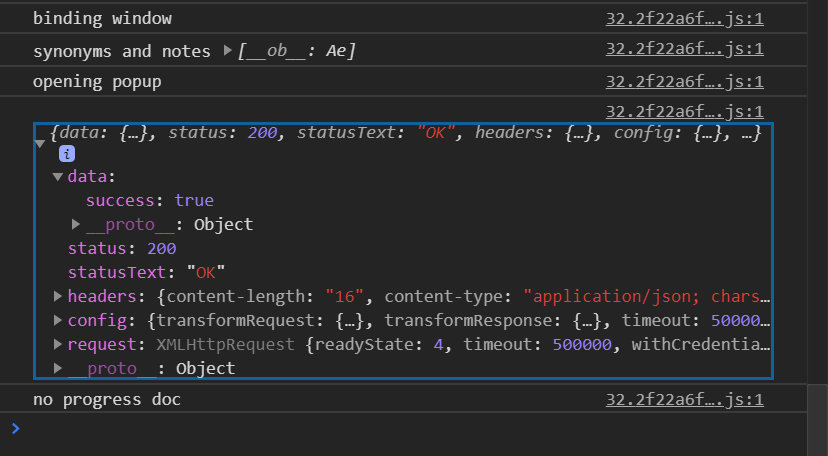 After closing the quiz, this is the only thing that shows, don’t know if that’s relevant:

I did notice, when loading the card manager with the console open, I got this error?

Starting a quick study with the new card:

Does not accept “kaaa” as a correct answer, and here is what it shows in console:

Hope this was helpful, and sorry if I gave too much information, or not enough. I’m only a touch familiar with consoles so I don’t really know what’s useful and what’s not, so I figured just giving as much as I can would be better.

Thanks a bunch! That’s really helpful. I’ll try to track it down first thing in the morning and let you know if I find anything out. Looking at the console logs it is doing the call correctly, so I’ll have to check the database and api calls to see whats going on.

It seems that there’s a difference in how the review and quickstudy calls include the user’s progress document per card. When I made the quickstudy screen I took the review screen as the basis, so it looks like it does not correctly load in synonyms/notes due to above mentioned difference in data format.

That said, it’s easy to fix so expect that to work again with the next update:smiley:

However, it only explains why it doesn’t work when testing it in quick study mode. Lessons and Reviews should always work regardless… Could you try to add synonyms again for a card, and refresh the page afterwards (so don’t complete the item) and check if it is still there? When I previously tested it on your account, it seemed to be working.

Wow! I’m glad in the process of this, we managed to uncover a different bug at least!

I wasn’t sure if you meant for learning a new word or for reviews, so I went ahead and tested both.

New lessons:
It seems that if the synonym is saved while learning the term OR while doing the after-lesson quiz, refreshing does not remove the synonym. I tested it using the same deck, using “saaa” for サ and “kuuu” for ク. (For further clarification, the synonym for ク was entered during the lesson, and the one for サ was entered during the quiz.) I haven’t “completed” the quiz yet if you’d like to confirm if they are still there.

Reviews:
I entered a synonym during a review with the same deck, “eeee” for エ and then clicked “ignore” for my original answer, then refreshed the page, and it still retained “eeee.” This occured both with a soft refresh and a hard refresh.

But actually, I may have discovered what the fluke was on a hunch. This was only during a review, so it may function differently during lessons/quick study. It looks like when the user clicks on the pencil icon, enters in a new synonym, then closes out the popup menu (as opposed to clicking “save”) it still retains the synonym as a correct answer. (i.e. when I clicked “ignore” for previous answer, then entered in the new synonym, it accepted this as an answer.) However, if you then click ignore again and refresh the page, it will no longer retain the synonym. So it looks like synonyms only sync when pressing the “save” button, but the browser will still cache it as a synonym temporarily if the menu is closed in any way. Now I’m beginning to wonder if this was just a case of me fat fingering when trying to save synonyms… Suspiciously, pressing “cancel” ALSO will retain the synonym as “temporarily” correct, rather than the expected functionality that it would remove the entered value.

Here’s what happens in the console: 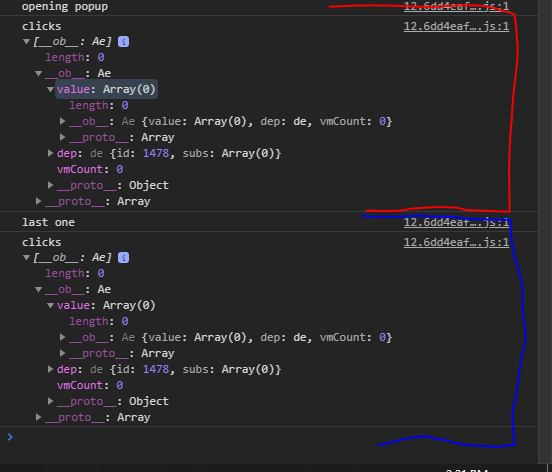 The red is opening the synonym popup menu, entering the new synonym, then clicking the “X” to leave the menu. The menu is closed in the gap between red and blue; there’s no console values for this action. The blue is the answer being “ignored” and the new synonym being entered.

I went ahead and left my card synonym entered incorrectly and finished the study session, in order to grab what the console says.

I’m unsure if that is the intended functionality, but it does give the user the impression that everything is working as intended; the pencil icon turns green, it will accept the synonym after ignoring and entering the synonym, etc…

Either way I greatly apologize since this is starting to look like it was perhaps my own fault after all! I hope I haven’t wasted your time.

Edit:
I think I’ve found why I may have slipped up. If I have it on my second monitor, which is my usual workflow for studying, the Save and Cancel buttons don’t show, and have to be scrolled. I could easily see while I’m in “study” mode when I’m focusing on learning/studying rather than thinking about how to do it that I’m just going to click the closest button (the X.) So this isn’t part of the original bug per se, but more dynamic resizing for that popup or else a way to customize it might be nice! A smaller notes box for example or a toggle for the notes section, since I rarely use particularly long notes; usually it’s just a line or two.

Yep that’s definitely a bug on my end. It should clear the values at that point. It has something to do with how Vue handles data changes. I’ll put it on my list, sorry about that! Luckily the fix is pretty easy ^^

Either way I greatly apologize since this is starting to look like it was perhaps my own fault after all! I hope I haven’t wasted your time.

Hahah no worries at all, I really appreciate the very detailed feedback and reporting you’ve given me, super handy and we managed to find two associated bugs in the process!

Perhaps being able to press CTRL+S and it automatically saving + closing would be good. I thought I added that some time ago, but I tested it just now and it didn’t work. Guess I added it to the quick edit popup only

Hahah no worries at all, I really appreciate the very detailed feedback and reporting you’ve given me, super handy and we managed to find two associated bugs in the process!

No problem, I have been in tech jobs in the past so I know it’s always better to have more information than you need rather than not enough.

Perhaps being able to press CTRL+S and it automatically saving + closing would be good.

I would personally love this! I tend to get tunnel vision when studying or doing reviews, so I love the process being super streamlined. And I’m glad we found something good out of me probably mindlessly clicking the X ahaha