Aside from doing the Kitsun 10K, I also made a personal deck of words I encounter with my studies and readings. I put the words in the deck with the help of the Dictionary’s “Generate Flashcard” function. However, I notice that I am only getting reviews for Japanese to reading or English. I also want a review where I will be given the English word(s)/phrase(s) and I have to give the word in kana, similar to the reverse reviews with Kitsun 10K. How do I do this with my personal deck? Thank you very much!

Looks like it is not set by default, but you can enable English -> Japanese when editing a card. The kind of questions you are asked are called “layouts” in Kitsun.

You have to go to “all cards” or “total cards” in your deck, and either set the additional layout per card after selecting it (notice the blue border; for some reason EN->JP is only available in the dark theme?): 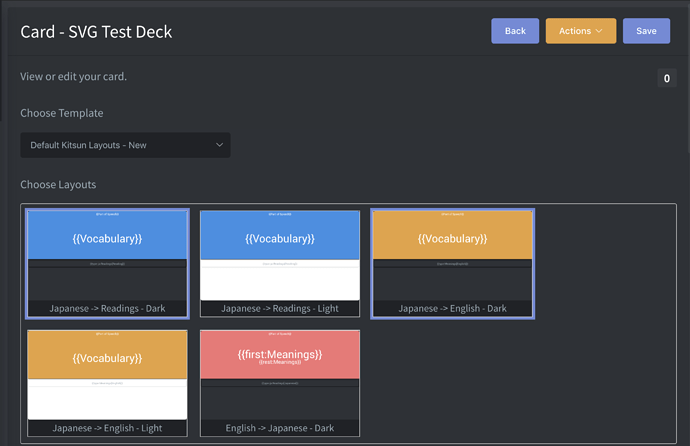 You can also select several and then “set layouts”: 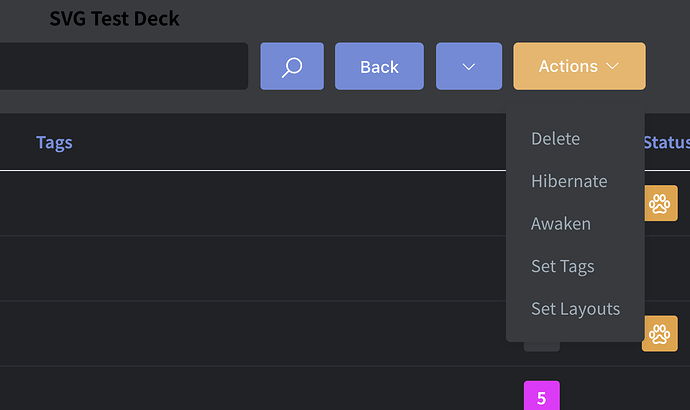 Is my understanding correct that I have to do this everytime I will add a new card? Is there a way to make this automatic for the deck, because, like I said, I don’t really make/edit a card, I just “generate flashcard” via the Dictionary? Thank you!

Neicudi is actively working on the generate flashcard feature, so having more options how the cards are generated might be included soon. Until this is fixed you have to set add the layouts by hand at first (I guess).

Oh, that is something I’m surely looking forward to. Thank you very much for taking time to respond to my questions. I love how much work you people are doing for Kitsun for the benefit of the rest of us! Thank you again!

Hi, sorry I was asleep. Thanks for answering in my absense @acm2010

I’m releasing a feature with the update later today which allows you to select a custom template and layouts for generating cards.

^ It has been implemented

Take a look at the new patch notes for more info

Yey, thanks so much for your hard work! I’ll go ahead and check it out!

For the mobile apps you currently can not generate dictionary cards with a custom layout. You can however create your own cards with custom layouts by yourself by tapping the + button in the bottom right on the deck page.

I’d like to introduce custom layouts for the dictionary on mobile too, but as we’re switching the Japanese dictionary in Kitsun to using our own MaruMori dictionary, it will likely get introduced at the moment we make the transition in the future.

That would be amazing, I’ll mostly wait for that feature.

You can also create the card(s) like normal and then batch convert them all at once, later. At least, that’s what I do, basically later each night I’ll just go select all of the ones under the wrong layout and switch them over.
I’m also excited for the new dictionary feature because I was about to do a lot of coding to add pitch accent to all of my cards and then saw that they’re planning to make that an automatic import for the marumori dictionary. That, plus the ability to mass edit cards would solve the problem, so I figured I should use my time to do something else, haha.