I know there is an old “Random Deck Ideas” thread but I wanted to revive it in a more relevant place, and see if anyone who wasn’t around at the time had any new ideas

Of course, it doesn’t have to be limited to Japanese or any particular subject. I decided I enjoy making decks, so if I ever have spare time I might try learning some necessary coding and trying to make decks out of the ideas hopefully listed in this thread!

Some personally interesting ideas I saw in the other thread:

I dream of a Monolingual Kanji Writing Deck.

The front would have a simple sentence such as 「オレンジよりレモンはすっぱいだ」

And the back of the card would be the highlighted word「酸っぱい」with stroke order for the kanji.

It’s very important that the rest of the sentence makes it very clear which word is intended.
Preferably, the example sentence would be written without any kanji (using gairaigo or non-kanji wago) so as not to spoil the answer of other cards. In other words, each sentence should only make use of one kanji word which is the one being quizzed.

I think this would be a brilliant way to learn how to write Kanji because it complies with the prescription of monolingual and contextual learning and would be especially helpful teaching your brain to discriminate between homophones (or near homophones because of pitch-accent) with different meanings such as かえる. Once I’m done with my current study plan in a few months, I’ll probably end up manually building myself a deck like this if nobody has done it by then.

It sounds very challenging to make properly without lots of micromanaging, but maybe you can work your magic if it interests you.

That’s an interesting idea! Along those lines, possibly a deck that focuses on those homophones? For example, it could help you to remember the differences between 固い、堅い, and 硬い; 熱い and 暑い; and so on by either providing English translations / definitions for bilingual or the words used in context for monolingual.

I was just adding the homophone thing as a side effect of a good writing deck. I’m sure some would have use for the homophones deck, though. I think using English to explain the differences isn’t as preferable as context sentences, though since some of them are very hard to explain and kinda arbitrary.

I dream of a Monolingual Kanji Writing Deck .

And the back of the card would be the highlighted word「酸っぱい」with stroke order for the kanji.

I had just mentioned this Anki deck and I think it does what you are asking, I just didn’t have the right template to import it into Kitsun the way I wanted…it looks well thought out and published recently. I like that is includes several pictures along with sentence audio per card
https://ankiweb.net/shared/info/759825185

As for deck ideas, I’m working on the finishing off the rest of N1 that WK doesn’t cover and have it separated by levels for both kanji and vocab. The idea is to have at as close to a WK feel with mnemonics and you can un-hibernate cards once a kanji level is ready. Hope to share it this month, getting some feedback from the group would be very helpful.

I don’t the have deck skills to do this, but would love to have a picture dictionary deck. I’ve been using the Oxford book for Japanese English learners and really like looking at the pictures and outputting the appropriate Japanese noun or verb.

Thanks a lot for the recommendation, I’ll see what I can do with it.

I don’t the have deck skills to do this, but would love to have a picture dictionary deck. I’ve been using the Oxford book for Japanese English learners and really like looking at the pictures and outputting the appropriate Japanese noun or verb.

I love this idea, or at least how I understand it! I’m not sure how I would impliment it exactly, but I think I’ve done things like this in my Spanish set. Pretty much what you’re saying a deck of pictures where you have to give the Japanese word for it, which would mainly be nouns and verbs? Or is the layout you described an essential part of it.

Speaking of the layout you described though, I feel like if I (or someone else) were able to make sets like the Map set more easily, it’d be the key to making a handful of pretty useful sets in Japanese and beyond.

I’ve been thinking about creating mythology decks. Stuff like Egyptian, Roman and Olympian gods and goddesses, Japanese Kami or even just folklore monsters would be pretty fun to flip through in my opinion ^^

Pretty much what you’re saying a deck of pictures where you have to give the Japanese word for it, which would mainly be nouns and verbs? Or is the layout you described an essential part of it.

Yeah, exactly. The picture I gave wasn’t that great of an example. Many pictures in the book have a ‘scene’ as a theme so it could include many words on a single picture much like prefectures/states to a map so that is where the suggestion came from; it also could be setup individually as well, I guess it depends more on the picture itself. Here is a better sample below. I don’t know if there are picture permissions but I don’t think there is conflict since the book is aimed at learning English. 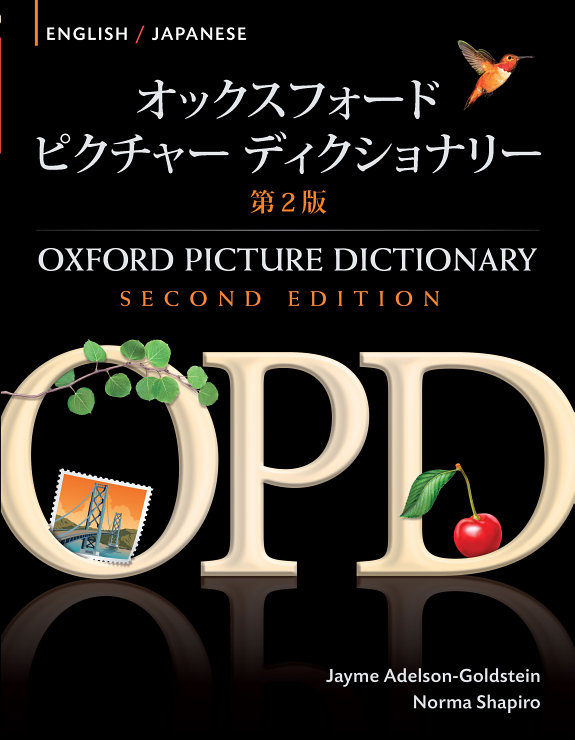 4,000 words and phrases are organized thematically within 163 topics. Includes English to Japanese translations of vocabulary throughout, and an extensive index in Japanese at the back of the book. A fully integrated vocabulary development program in...

A random deck that I would really like to see is something inspired on the Hyakunin Isshu (百人一首)!!

After watching Chihayafuru I was very pumped to learn all the 100 poems! Hahhahahaha

It would be nice if there was a deck to help us memorize the poems somehow!